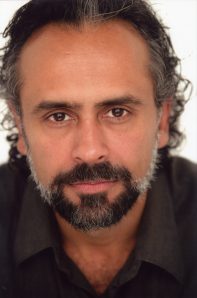 Veteran actor Bernard White is recognizable to audiences worldwide from his work in over 30 feature films. Most recently he starred in It’s Kind of a Funny Story. His most memorable role is Rama-Kandra opposite Keanu Reeves in The Matrix Reloaded, and The Matrix Revolutions. White also starred with Michelle Williams in Wim Wenders’ Land of Plenty.

White garnered praise for his comedic skills in Alvin and the Chipmunks: The Squeakquel, Raising Helen and American Dreamz.  Other film credits include Quarantine, The Scorpion King, Pay It Forward, City of Angels, Strange Days, The Killing Obsession, Sueño, The Pain Within, The World Unseen, and American Made.

A familiar face to TV viewers, White has recurred on some of television’s most popular series including, 24, The West Wing, JAG and Alias.  Recent television guest-star roles include, The Event, The Defenders, NCIS: LA, Trauma, Lie to Me, CSI: Miami, and Bones.

Last year, the acclaimed stage actor starred in Art and The Seven at the La Jolla Playhouse. In 2007, he starred in Blithe Spirit at The Williamstown Theatre Festival with Wendie Malick. Prior to that, White starred in the theatrical production of Wings of Desire at A.R.T., and toured Europe with the production. White co-starred in an off-Broadway production of Landscape of the Body, alongside Lili Taylor. He was seen the previous year at Williamstown in Cusi Cram’s Lucy and the Conquest.

In fall of 2005, White played the title role in Sakharam Binder, for New York’s The Play Company.  White also played the title character in Joseph Papp’s The Death of Garcia Lorca, at The Public.   He has starred in Dogeaters at The La Jolla Playhouse, A Perfect Ganesh at The Odyssey, and Queen of the Remote Control at East West Players.  Award-winning solo performances include Where She Went and John in the Hill Country.

White has written several screenplays.  He wrote and directed The Want in 2002.  He has also founded two LA theatre communities, Plymouth and the newly-formed Silent H. 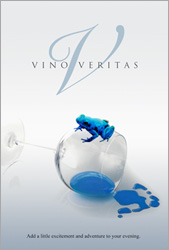